Words from our President.

Dr. Robert Lefkowitz shares his thoughts about the importance of physician-scientists below. 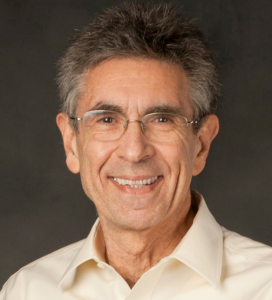 From an early age, Physician-Scientist and Nobel laureate Dr. Robert Lefkowitz was enamored with medicine. At eight years old, he could often be found playing with his chemistry set and toy microscope—perhaps foreshadowing his prestigious career in the lab—and, with his family physician serving as his role-model, the young Bronx native was determined to become a doctor.

Dr. Lefkowitz’s ambition, intellect,  knack for science propelled him to study at some of New York’s most esteemed schools, ultimately earning him an MD from Columbia University. Upon graduating in 1966, Dr. Lefkowitz, along with all other medical school graduates at the time, was required to serve the government for the Vietnam War. Dr. Lefkowitz fulfilled this duty through the US Public Health Service. He was assigned to research at National Institute of Health, giving him his true first experience in the lab.

After two years conducting research on behalf of the NIH, Dr. Lefkowitz returned to clinical  and began focusing his efforts on cardiology. However, after a few months, Dr. Lefkowitz realized he missed lab work and “the challenges of confronting a research problem.” Throughout the rest of his career, Dr. Lefkowitz intentionally pursued both clinical work and biological research. He credits this unique blend of medical expertise and investigatory adeptness with enabling him to produce such groundbreaking findings in biochemistry.

Acknowledging his path into research was unconventional, especially by today’s standards, Dr. Lefkowitz often refers to himself as a “serendipitous scientist,” admitting that he truly “had no intention of becoming a scientist.” However, he hopes that more medical students and professionals become increasingly intent on pursuing science and research, knowing firsthand that a  skillset is invaluable to , innovation  medical breakthroughs.

“There are a lot of really bright physicians who just don’t understand what kind of contributions they could make if they tried laboratory research” Dr. Lefkowitz professes. After having seen the drastic decline in physician-scientists throughout his career, Dr. Lefkowitz is currently dedicating time and resources to confronting what he sees as a crucial issue. He hopes his work with the Physician-Scientist Support Foundation will reduce the many obstacles that prevent medical students from pursuing a career in science. By addressing the financial and educational hurdles, as well as the limited grant opportunities, Dr. Lefkowitz believes more medicals students and professionals will be able to forge a similar path and make life-changing contributions to the fields of science and medicine.